Is the clock ticking on BT’s monopoly?

Take one quick glance at the Twitter feeds for BT (@BTCare and @btbusinesscare) and you are met with a long stream of unhappy customers. They have taken to social media to seek technical support, and to vent their frustrations with slow internet speeds, expensive contracts, unreliable connections, or faulty products… Just don’t mention the North London derby to anyone over at BT Sport!
It should come as little surprise then that Britain’s telecoms regulator, Ofcom has seemed to ramp up their reviews of the way BT has been doing business. In February, Ofcom announced that BT must open up its Openreach cable and broadband network, in order to allow their competition to improve internet connections for homes and businesses around the UK.
Though a positive step in the right direction, many professionals within the telecoms industry were left rather underwhelmed, unsure of how BT had managed to come out of Ofcom’s Strategic Review of Digital Communications, relatively unscathed. However, March 22nd will perhaps be a date that these disappointed people remember more fondly as Ofcom “put forward strict new rules to improve BT’s performance in installing high-speed business lines and significantly reduce the wholesale prices BT charges for these lines.” 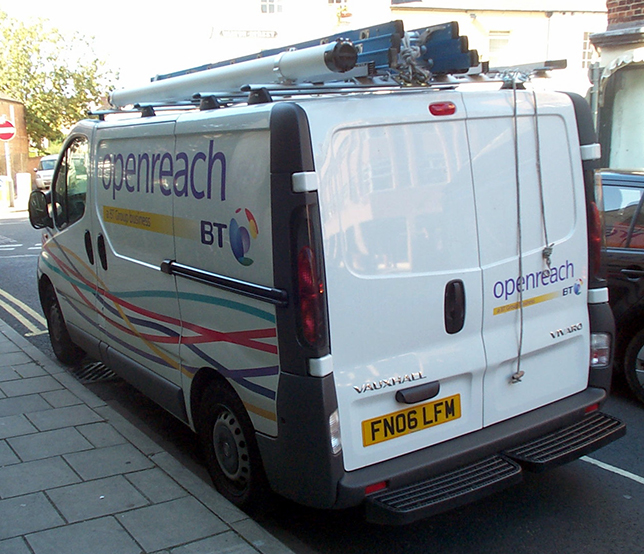 The plans come as part of Ofcom’s Business Connectivity Market Review, with rules set to be finalised by the end of April subject to consideration by the European Commission. Jonathan Oxley, Ofcom Competition Group Director, said “All of us depend on high-speed, fibre optic lines. Businesses use them to communicate, and they also underpin the broadband and mobile services used by consumers at home and on the move.
“BT is relied on by many companies to install these lines, and its performance has not been acceptable. These new rules will mean companies across the UK benefit from faster installation times, greater certainty about installation dates, and fast repairs if things go wrong.”
Mirroring the evidence shown on BT’s Twitter feed, the regulator found that, since 2011, the average time between a customer’s order and the line being ready has increased from 40 to 48 working days. Whilst they also found that Openreach is currently failing to complete one in four leased line installations on the initial date it promised to its customer.
Proposals put forward by Ofcom include:
• By the end of March 2017 Openreach must complete 80% of leased line orders by the date it promises customers, rising to 90% from April 2018
• Openreach must fix at least 94% of faults on its leased line network within five hours
• BT must reduce the average time between a customer’s order and the line being ready to 46 working days by the end of March 2017, and return it to 40 working days the following year

Although these new rules apply to high speed, ‘leased line’ services, used by businesses around the country in hope of gaining access to the best internet speeds possible, it is another early, positive sign for all involved in the internet industry here in the UK.
Pebbletree Managing Director, Janni Thornton debates the legitimacy of BT’s monopoly: “It is difficult to see how there could be fair competition, when BT control the vast majority of lines around the UK. How can it be when, should you wish to have an internet connection at home or in your office, you need to have access to a BT line?”
Could today’s proposals mark the beginning of the end for BT’s grip on the industry? Ofcom went on to set out plans to reduce the UK’s reliance on Openreach by further opening up BT’s network, with plans to “require BT to provide access to its optical fibre network for providers of high-speed leased lines for businesses.”
It is certainly a leap in the right direction; in late 2014 over a dozen of UK’s biggest telecom companies united and filed a complaint to media regulator Ofcom against BT for holding ‘monopoly’ power in the business broadband market. As with many companies such as Pebbletree, who create internet-based products for businesses around the country, The UK Competitive Telecommunications Association (UKCTA) believes that other companies should be able to lay their own cables in BT ducts and use their own equipment to control BT cables, an arrangement known as ‘dark fibre’.
In their new proposals, Ofcom has moved to grant these wishes, stating that BT must “give competitors physical access to its fibre-optic cables, allowing them to take direct control of the connection.”
Jonathan Oxley added “We have outlined plans to reduce the country’s reliance on BT’s Openreach division. Our proposals on ‘dark fibre’ do just that, letting BT’s competitors better serve their customers by getting direct access to BT’s optical fibre cables.”
After years of frustration and disappointment, many industry professionals will remain sceptical about the proposals, instead waiting for clear and provable actions that start to break up the BT monopoly, and allow businesses to better innovate, through reliable, fast broadband, fibre, and leased lines.
However, we believe that today marks a strong, positive step towards the introduction of fair, innovative competition within the internet sector here in the UK, which could only lead to greater achievements within our industry.
Pebbletree 0 Read full article